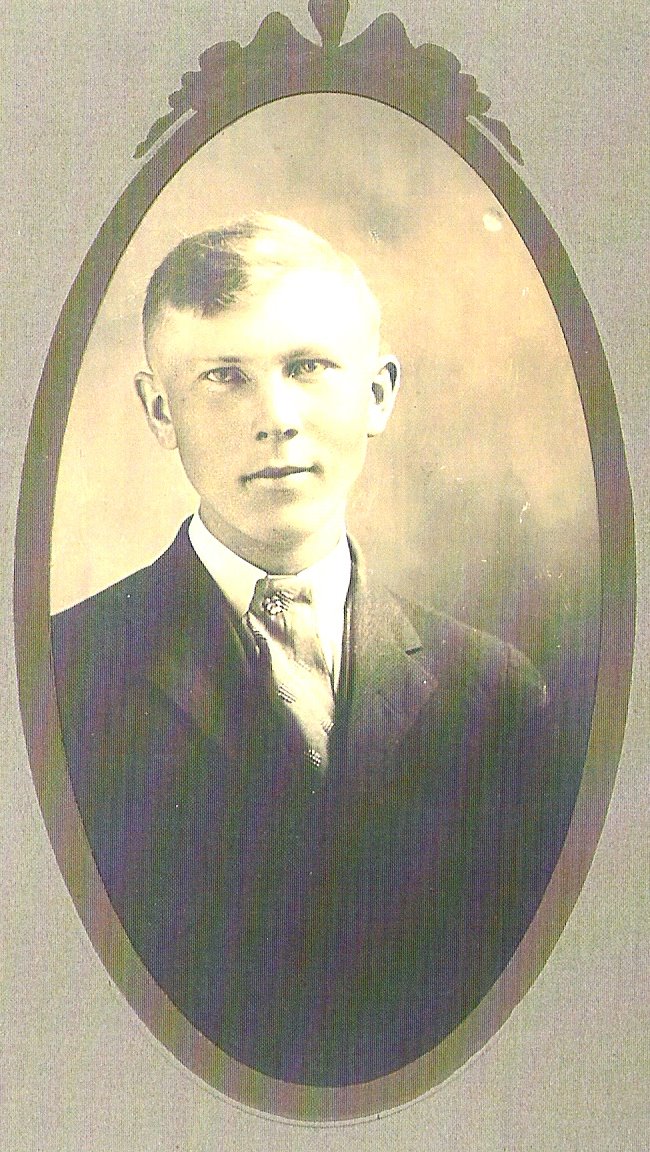 Theodore Christ Elling was born on December 15, 1898 in Freedom Township. Known as "Ted," he was our grandfather Albert's third brother, ten years younger.

In the 1910 census, Ted was still at home on the farm with his parents. On September 12, 1918, at the age of nineteen, he registered for the WW I draft as Theodore Christ Elling. He filled out the application, describing himself of medium build with blue eyes and light brown hair. His occupation was farming for his father, Fred Elling. (I found no evidence that he ever was in the military.)

By the 1920 census, he was 21 years old...old enough to be hired out to work. He was living with George W. F. Rohrs, 42, and his wife Anna, 37, and their children Alvera, Harold, Mildred, Edna, Ida and Marie on Infirmary Road, Napoleon Township. Mr. Rohrs farmed a rented farm and Ted was described as a hired man. 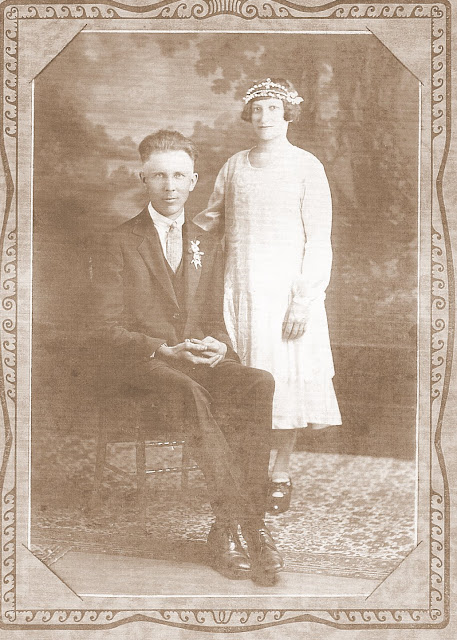 At the time of their deaths, they were living in Delta. Leon died young in an auto accident, and I know they had a daughter, Unabelle, but I am unsure if there were other children. This is really the only great uncle that I can recall visiting, usually when my family took a ride to the dairy bar in Delta. Ted died in September 1975 and Martha in September 1982.


This post originally appeared on February 18, 2009 on a previous blog, Elling Family News.
Posted by Dianne at 7:45 PM No comments: