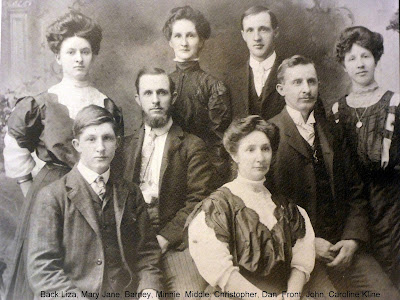 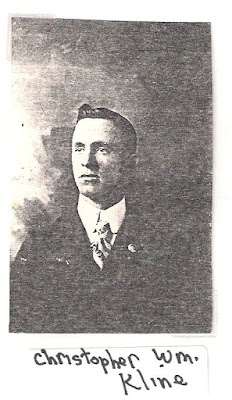 On October 28, 1903, he married Ida Venisha Bingham, a local girl, and for awhile, they also settled down in Good Hope Township. 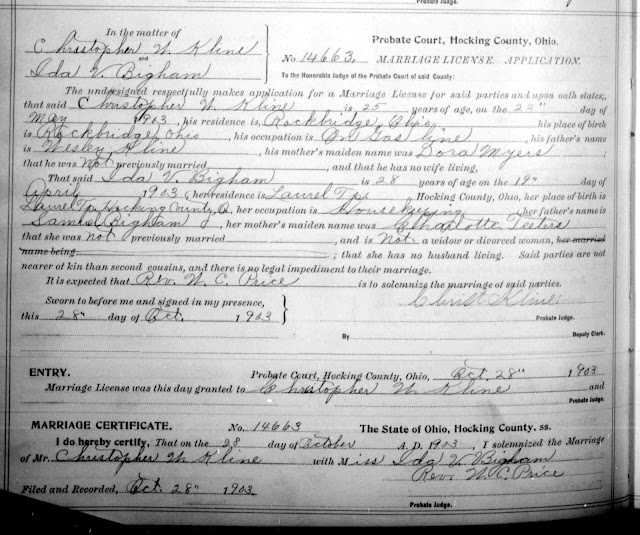 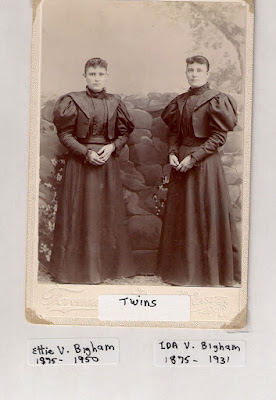 Ida Bingham had a twin sister, Ettie, and they were the daughters of Samuel and Charlotte Bingham.  Ida was approximately four years older than Christopher.

In September, 1904, the first of eight daughters was born - Leota May - and her sister, Elva Ellen followed the next year, arriving in October, 1905.  Two more girls were born while the couple lived in Ohio:
Ethel Marie in April, 1907 and Gladys Virginia in May, 1909.

Sometime between Gladys' birth in May 1909 and the time of the 1910 census, the family moved to Leigh, Amelia County, Virginia. 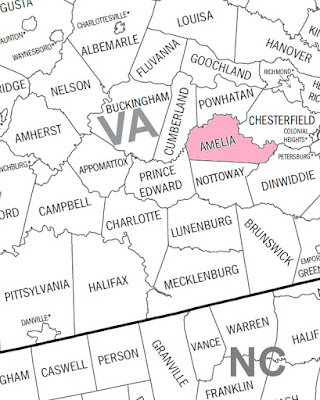 The reason for the move is unknown, but Chris, then 32, did purchase a farm there; the census said he owned it free and clear.  Three more daughters were born in Virginia: Gertrude Melissa in September, 1911, Dorothy Elizabeth "Dot" in January, 1914, and Eunice Viola in September, 1916.

By 1918, the family had moved back to Ohio and settled in the little village of Thurston in Fairfield County, Ohio.  There, Chris filled out his World War I Draft Application on September 12.
He reported that he was 40 years old and was farming for Ernest Lamb of Pleasantville, Ohio.  He described himself as of medium build, short, with blue eyes and brown hair.

The family's location for the 1920 census seemed to be the same, at the intersection of Thurston and Lancaster Roads.  Christopher reported his age as 40 again!  He was still working as a farm laborer.


The last daughter was born in 1922, when Ida was 47 years old.  She was named Edna Jenevieve and known as "Jenny."

Sadly, in 1928, Christopher Kline died, leaving his widow and five daughters still at home.
His obituary appeared in the Lancaster Eagle-Gazette on February 18, 1928:

The death of Christopher W. Kline, 49, occurred at ten-thirty today at his home at 415 Harrison Avenue, following a week's illness.

Funeral will be held Tuesday morning at ten o'clock at Fairfield Church of Hocking County with Rev. Dove of Thornville officiating.  Burial in adjoining cemetery by J. V. Halteman, mortician"

Actually the burial took place at Fairview Methodist and he was buried in the adjoining cemetery beside many other Kline relatives.


In the 1930 census, Ida, 54, and girls were living at the same residence in Lancaster.  Ida, no doubt by necessity, had a job in a shoe factory as a tongue sewer, but she reported that she was unemployed.  Tragedy struck the family again as on May 21, Leota, the oldest daughter, died, followed in November by Ida herself.  This left Gladys, 20 (who would marry in 1932), Dorothy, 16, Eunice, 13 and Jenny, 9 to fend for themselves.

Posted by Dianne at 5:44 PM No comments: